Make a creative triangle-shaped birthday card for the music lover! Issue 52 of Creative Stamping Magazine offered plenty of inspiration for projects relating to music and dance.

For this birthday card, I wanted to “think outside of the box” a little and create a triangle-shaped card (inspired by a triangle-shaped card featured inside the magazine). I didn’t want to create it EXACTLY the same way, however. So, I started with a regular A2-sized card, but I used a SIDE-folding card instead of a TOP-folding card. To make the triangle, I simply cut the card corner-to-corner, leaving the fold intact.
Watch the full demonstration video of the process HERE:

I used the Tim Holtz Stamping Platform and stamped the images with Tsukineko Memento Dye Ink Pad – Tuxedo Black. Then I colored them in with Spectrum Noir Alcohol Markers.

I fussy cut all the images (this magazine issue did not include dies). The only exception was that I used a stitched rectangle die from my stash to cut out the sentiment.

I used a combination of Ranger Ink – Wendy Vecchi – Perfect Card Adhesive, ZOTS Adhesive Dots and my Scotch Advanced Tape Glider adhesive for the various parts of the card. 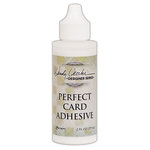 Also, I completely abandoned the idea of staying within the confines of the borders of the triangle. I freely arranged the images and the sentiment to extend off the edge of the triangle.

I included another cardstock triangle piece inside the card and placed the inside sentiment on top. For continuity, I trimmed the inside sentiment with the same stitched rectangle die as I used on the front.
That’s it!
Of course, I added accents of my own like a touch of shimmer with a Wink of Stella pen, dots with a white gelly roll pen, and dimension with some adhesive-backed fun foam. Those choices are up to you!

Creative Stamping Magazine is available at moremags.com, although at the time of this blog post publication, issue 52 was sold out both on Amazon and at moremags.com.